The spotlight will be on Ryan Howard this season, just not in the way he’s accustomed to.

While there are already a plethora of new faces, and more to come, one face was recognized by everyone. Carlos Ruiz, according to all accounts, has been the consummate professional and is legitimately excited to be at camp, despite the realization that he will be seeing another season of decreased playing time, even if his bum shoulder holds up.

Chooch is someone manager Pete Mackanin doesn’t need to worry about. He will bestow his wisdom onto Cameron Rupp, and later in the season, Andrew Knapp. Having him in the clubhouse everyday will be beneficial to this team.

Carlos Ruiz was an all-star, has a World Series ring, and caught three no-hitters and Roy Halladay‘s perfect game. Still, he was never even close to Ryan Howard at his peak.

We know how Ruiz will act throughout the year. How will the other holdover from the 2008 season conduct himself?

It begins at Spring Training.

Mackanin said in a press conference last month that if you don’t hit, you won’t be playing. While I’m sure this wasn’t directed at Howard, it totally was. Unless Howard gets off to a scorching start, he’s already in a platoon situation with Darin Ruf. That enough could make Howard want to pack it in. If he just goes through the motions this season, you can expect his younger teammates too as well.

This is a season where a lot of talented young players can learn and gain experience. Howard’s veteran leadership will be critical for them to develop. If Howard works hard, accepts his diminished role and focuses on working with younger players who have all the admiration in the world for him, then he can put a stamp on an already historic career.

On Monday, when position players report to Spring Training, we will get our first idea of how Ryan Howard plans to spend the 2016 season. 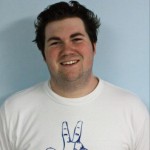