With one eye open and brain cells still recovering from eight hours of slumber, Friday morning I unlocked my Twitter app only to find that Sports Illustrated had voted the Philadelphia Eagles faithful as the most hated fan base in all of the National Football League. Reactions I observed were quite mixed. A select handful of the fans I stumbled across displayed a “what’s new” attitude, as any and every NFL fan seems to have shared a deep spiritual connection with the Santa Clause who was pelted by Eagles fans with snowballs at Franklin Field nearly 50 years ago. On the other side of the spectrum, an overwhelming majority of Eagles fans shared a completely different mindset that was displayed ever so elegantly in 140 characters or less. It read:

“Why weren’t the Cowboys followers voted the most hated NFL fan base?”

Because there is no analytics stat that measures fan base hate (yet), it is clear that this belief of hated hierarchy stems from the fact that the Philadelphia Eagles and Dallas Cowboys are rivals. There is absolutely no love lost between their fans, players, coaches, and all levels of personnel. Looking across the Philly Sports landscape, there are a mixed bag of rivalries that are brewing as we speak. The Philadelphia Flyers always seem to be handcuffed in bloodbaths with the New York Rangers and Pittsburgh Penguins. If the prior sentence flow doesn’t convince you, plug something along the lines of “Flyers-Rangers fan fight” onto any search engine then report back to me. The Philadelphia Phillies, although seemingly diving into a trough, still can find themselves in an occasional duel with the Atlanta Braves or New York Mets. Not to mention the social media out-roar that ensued when a Mets fan poured beer on Phillies’ right fielder Grady Sizemore; in no way did this ease any tension between these NL East foes. Major point here: the Eagles, Flyers, and Phillies all are involved in their own unique rivalries.

Then there’s the Sixers.

As an 18-year-old, I unfortunately cannot amuse you with “back in my day” stories regarding the Sixers franchise. What I can attest to, however, is that Sixers have had quite a number of heated rivalries in their past. For example, Wilt Chamberlain and Bill Russell used to duke it out as members of the Sixers and Celtics respectively. During the 1960s, the Sixers seemed to be the only team that could battle shoulder-to-shoulder with the immortal-like Celtics. A mere two decades later, the Sixers-Celtics rivalry sparked a new flame with Julius Erving and Larry Bird clashing heads. In that same time period, the Sixers dueled with the Los Angeles Lakers in the NBA Finals three separate times, causing mutual bad blood and hence a rivalry.

A lot of precious time has elapsed since the Sixers have taken part in any type of heated rivalry. Other than a 2001 Finals date with the Lakers and a semifinal round trek with the Celtics in 2012, both respective rivalries have tapered off significantly.

Why is this? Why are the Sixers rivalry-less?

I firmly believe winning is the spark that keeps a rivalry churning. If the Eagles and Cowboys are squaring off multiple games under .500 campaign after campaign, maybe the “we want Dallas” chants would fade slightly from Lincoln Financial. Or if the Flyers young talent doesn’t shape up and the Rangers start to fade out of their prime, maybe Madison Square Garden doesn’t see as many fist fights on center ice. The Sixers are clearly in rebuilding mode and winning has not come easy as of late. It’s inevitable, however, that one day the Sixers will start to win again and Philly basketball will return to where it belongs: prominence.

But when the Sixers return to the apex of the NBA pyramid, who will be the teams Philly will develop bad blood for? I’ve come up with my three most likely rivals to shape-up over the coming years. Some may seem like no-brainers, but others may come to surprise many due to geography and other underlying factors.

Yes, this is the no-brainer. Both teams have clearly torn down their franchises, with the Celtics seemingly about two years ahead of the Sixers in terms of regular season and postseason success. Once both teams return to the playoffs, however, I believe the old “beef” whipped up back in the 80’s will return to the national spotlight. The Sixers and Celtics have met in the playoffs more times than any other two teams in the Association, which is a fact major sports networks will drool over once the two franchises meet up in the postseason again. Plus, Nerlens Noel grew up in Massachusetts, which is a storyline that could start to mean more than a simple blurb thrown out by an announcer before tip-off if Noel’s stock continues to rise. It won’t be any kind of LeBron James homecoming, but it’s obvious that Nerlens has a little extra motivation when returning for a game in Beantown.

Google Maps tells me that Milwaukee and Philadelphia are separated by approximately 850 miles. Common knowledge also tells me that the Bucks are in the Central division and the Sixers are in the Atlantic. But why not? As for starters, the Sixers traded Michael Carter-Williams to the Bucks at the 2015 trade deadline, which made for a juicy storyline. The 2014 Rookie of the Year award winner played his heart out in a mid-spring regular season game in Philadelphia as a member of the Bucks, which goes to show that if these two teams were to meet in the playoffs, MCW may be out for some major revenge. In addition, the length present on both teams is staggering. It’s very possible that in the future, one of the only teams that can handle the insane, rubber-band like wingspans of Bucks players like Giannis Antetokounmpo, MCW, and John Henson would be the Sixers, who can boast their own list of long players like Jerami Grant, Robert Covington, and Nerlens Noel. Sounds like an exciting block party to me.

Instead of racing ahead of the Sixers rebuild like the Celtics and Bucks did this past season (both made the playoffs), the Knicks decided to hang out in the cellar of the Eastern Conference. Because both teams are undergoing major overhauls in roster composition at the exact same time, both the Sixers and Knicks could see their rise to elite-ness coincide and therefore producing a rivalry. Close proximity in cities could also easily make for extra tension between fan bases. The most intriguing reason why this may become a rivalry, however, has to do with this year’s NBA draft. The Knicks wanted nothing more than to plug Jahlil Okafor into Phil Jackson’s Triangle offense, but now that the Sixers scooped him up, the Knicks were left to select foreign product Kristaps Porzingis. As with any two young talents out of any NBA draft class, their battles against each other will be heated and documented, as Knicks fans will always continue to wonder “what if” Okafor fell to their draft slot.

Rivalries are crucial in all sports. As their rise to success carries on, the Sixers will be known as the Brotherly Love Franchise searching for hate. 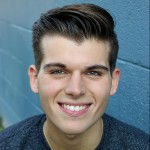